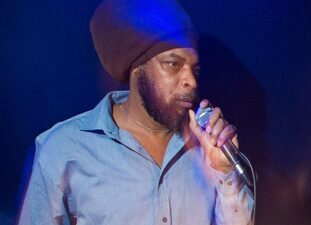 Ras Echo has been playing and selecting music from the age of 5 when he used to drive around with his father in his car, a car which had a built-in record player, and each time a record finished playing, his father would say to young Echo, “punch the music, boy!”, and Echo would happily play one record after another. This became his first introduction into the world of selecting, and not just any selector; Echo’s father had a very special taste for certain types of music which set Echo on the right path later in life when it came to his own love of music. At the age of 10, Echo, along with his older cousin, joined a local sound system called Tribesman in Reading where he was fortunate enough to have been chosen to do the selecting instead of being the ‘box boy’ as was expected in those days of the younger and less experienced members of sound systems. During this time, his sister who was living in Jamaica, used to send him new records; boxes and boxes of pre-releases and this allowed Echo to stay one step ahead of his peers.
Soon after, in 1985, Echo came to reside in South London and joined up with a Brixton-based promotions company which consisted of a radio station (Lightning FM), and recording labels (Brixton Promotion known as BP records).
For a short while Echo also DJ’d on Metro Love radio station in South London and even worked on Rhythm 365 which was owned by the late great reggae pioneer Tony Williams who passed away on 30 April 2018. Echo has worked on RJR radio in Harlesden for 14 years until recently joining RG2 Radio which is owned by his former school friend MC Naphtali.
Echo’s style of playing is very unique because he plays everything from Mento, Ska, Dub, Roots & Culture, Motown, Raytown, you name it he’ll play it.

It started by accident in 1974. I was in the right place at the right time. The place was Dover, Kent, England. The resident DJ was being asked for some new reggae and soul tunes, however he didn’t have any, so my mate said I had some new music, and [...]